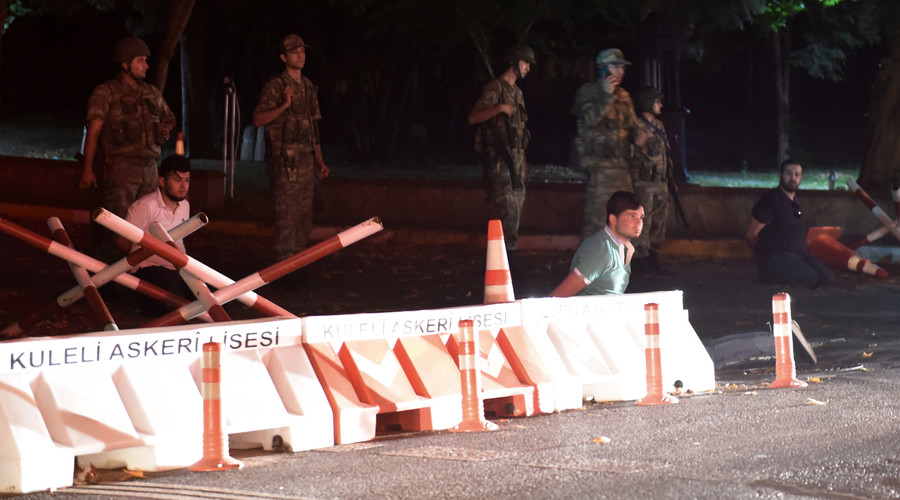 Turkish security officers detainunknown individuals on the side of the road on July 15, 2016 in Istanbul, during a security shutdown of the Bosphorus Bridge. © Bulent Kilic / AFP
Turkey’s government appears to have been overthrown in a coup, as the military claimed taking control over the country.

Tanks have been posted outside Istanbul’s Ataturk International Airport and in other locations in the city.

“Some people illegally undertook an illegal action outside of the chain of command,“ Prime Minister Bulent Yildirim said, in comments broadcast by private channel NTV.

President Recep Erdogan is reportedly on vacation in the southern Turkish resort town of Bodrum. His status is currently unknown.

Tanks have been posted outside Istanbul’s Ataturk International Airport, while armored vehicles were photographed outside TRT offices.