Islamic State has released a video suggesting it may carry out further attacks in the West, mentioning London, Berlin, and Rome as possible targets.

The video features a member of the group stating in English that the recent attacks in Paris and Brussels should be seen as a “cautionary message” to nations fighting Islamic State (IS, formerly ISIS/ISIL).

The narrator goes on to state that “Allah knows” where the next attack will be, and mentions the British, Italian, and German capitals as possibilities.

The footage shows a simulation of the Eiffel Tower collapsing, which appears to be from the video game ‚Call of Duty: Modern Warfare 3.‘ It goes on to show the British Parliament building and the Roman Colosseum.

The propaganda film was released on Monday by a group called Al Wa’ad Media Production, which appears to have been created by IS supporters.

It comes less than three months after the terror group released a separate video which threatened EU heads of state for their countries‘ actions in the Middle East.

The United Kingdom is part of the US-led coalition against IS, which continues to strike terror camps in Iraq and Syria. Although Germany and Italy are not part of the airstrikes, Berlin has supplied military personnel and reconnaissance jets to be used in the fight against IS. In response to the Paris terror attacks in November, Rome vowed to spend €1 billion (about US$1.1 billion) on security and defense, and an additional €1 billion on “culture,” which Italian Prime Minister Matteo Renzi claimed was “stronger than ignorance.” 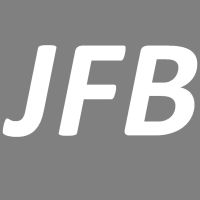